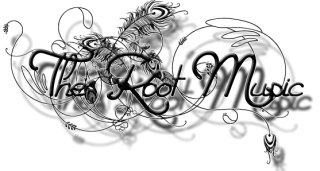 Totalling up a sum of almost 4,000 fans and ranking 4th place in his home city of Aurora, Colorado according to his Reverbnation page, I’m bewildered as to how I hadn’t heard of Just Josh up until a recent blog post submission, which he has promoted more than any artist I have written about ever before. The track I have found myself pressing the replay button for, on many occasions is titled “Dark Raps“, but in truth, the name is no reflection of the track.

In the “Sounds Like” section of the Reverbnation page, Just Josh listed names such as Meek Mill, BIG Sean and 2 Chainz, and with “Dark Raps”, I think its hard to argue against those claims. Perhaps his intonation and enunciation isn’t animated and colourful enough to be likened to Sean, but flow-wise and lyrically they are very similar. The lyricism which Josh showcases is neither mindblowing, nor awful. It is not even average. “Earning stripes, putting work into my Adidas” is purely enjoyable, something which many Hip Hop lyricists forget to consider as they’re focus is fixated being overly, ostentatiously intelligent. The sporadic multi-syllabic rhyme scheme may even earn the young Colorado emcee some fans of more traditional Hip Hop, albeit the lack of consistency could be improved upon. As Josh develops into a professionally polished performer and has a number of quality mixtapes under his name, I have no doubt the rough edges will be sanded down and will allow him to attract a demographic which tend to hate on those artists he “sounds like”.

I have no doubt that some pretentious Hip Hop heads will disregard Just Josh due to prejudgements of those he sounds similar to, but those who take the chance to listen, may be pleasantly surprised. Had this song had a similar hook to A$AP Rocky’s “Long.Live.A$AP” single, then this could be radio worthy. Josh isn’t a lyrical mastermind, nor is he pretending to be the reincarnation of Biggie and Pac combined, like many independent rappers have and continue to do. He has found what he can do, and his acceptance of his lane although it is not the most respected in this genre has gained him respect from me. It is emphatically entertaining, and that is what music should be.

I’ll eagerly await in anticipation for Just Josh’s next single and hope it features a more captivating hook to reel me in even further. Perhaps even a switch up between the flow showcased in “Dark Raps” with a faster flow to test his limitations. Check out “Dark Raps” and let me know your opinions in the comment box below.