July 10, 2013June 21, 2018 • Lee Hawthorn
———————————————————————————
With the releases of major Hip Hop superstars from Jay-Z and Kanye to Wale and J.Cole, there have been multiple releases from independent artists fly straight across the radar unnoticed. In an attempt to give underground emcees the justice they deserve, I have compiled a list of the top ten artist to watch. Make sure you check them out!

10. Paull
Being from the same city, Newcastle, I share a similar story as Paull and I’m sure he probably feels as lonely as I do being a Hip Hop head in a place which barely takes any interest in any music what so ever. He is a stand out, upcoming artist from a city only just producing real Hip Hop talent now. Along with Big Beat Bronson, who I haven’t heard enough of to quite fit on this list. Paull’s references to ‘Facebook famous’ people and places exclusive to Newcastle mean that he can deliver punchlines and metaphors that I can relate to and understand, in comparison to American sport references which go straight over my head.
(Follow, Watch, Download)

9. Tainted Scrolls
Although I am yet to give his recent mixtape a full listen, I am a major fan of Tainted Scrolls due primarily to his diss records. Probably the greatest on this list with diss tracks, Tainted had me hating someone I never knew with his “C.A.S.H Diss” which featured on a www.rap-royalty.com mixtape. His presence on the aforementioned Hip Hop forum is incredible, giving constructive criticism to just about every post – text or audio – featured on the site. A great man and a great artist, sure to go on to big things along with his fellow Ill Poet Society members, any of which could have taken this number 9 spot from Tainted, if it weren’t for his incredible wordplay and personals in rap battles and diss tracks.
(Follow, Listen, Download) 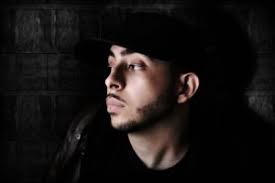 8. Anilyst
When UK rapper Nell, recommended me to Anilyst, I never expected to enjoy his “Syllable Sliding” mixtape half as much as I did. His multi-syllable rhyme schemes are unparalleled by any other rappers on this list, and he even managed to achieve what I thought was impossible. I regard covering classic Eminem songs as a no-go area because I am such a big fan of him, but Anilyst’s remix of “Forgot About Dre” which featured Em is incredible, arguably even better than the original. Anilyst has a knack similar to Royce Da 5’9 and Joell Ortiz in the way his remixes often outshine the original tracks including “HYFR”, “Clique” and “Grown Simba” although “Triple Threat” is my favourite song by the emcee. The interaction he holds with fans on Twitter is something all independent artists could learn from too, a great all-round artist.
(Follow, Watch, Download)

7. Schama
The genius behind the @_RapLike Twitter account in which he emulates other rappers lyrics and rhyme schemes, Schama has earned himself a unique buzz with a unique marketing technique that I haven’t seen work so successfully with a credible artist. With the likes of Masta Ace, Hopsin and Lupe Fiasco all acknowledging him, it is unsurprising that Schama seems so overwhelmed and humble to be gaining such praise from his idols and yet his talent doesn’t stop at simply emulating. He can also craft original songs to a similarly high standard. It is fitting his introduction to this list has come on his birthday, but I am certain by his next, he will be a major figure in underground Hip Hop and have amassed a huge following on his personal account and will soon be known purely for his own music and not so much for the @_RapLike account.
(Follow, Listen, Download) 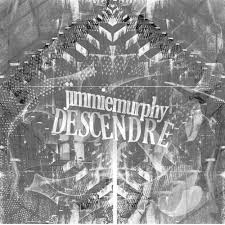 6. Jimmie Murphy
I’ve been questioning my decision to place Jimmie here. There have been numerous artists I considered for this list that didn’t make it because either they were apart of a group, it was already debatable whether they had been heavily watched and some were more pop than Hip Hop and I intend to make other lists to fit those artists in. Jimmie however, managed to slot in to number six because although primarily he is an R&B singer – A very good one at that – but his ability in rapping is as good as any others previously featured on this list. “Gold Digger” sampling Biggie and most recently “Clearing My Thoughts” indicate that should Jimmie decide that he’s going to ignore his vocal skills in favour of focusing on his Hip Hop music then he’d be as equally as successful. “Descendre” featured a nice mixture of Hip Hop and R&B and despite my fandom of Trev Rich their “Cain and Abel” collaboration evidenced that on his day, Jimmie can out-rap the best of them.
(Follow, Listen, Download) 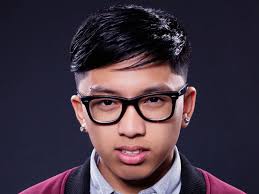 5. D-Pryde
I’ve been a fan of Prizzy since hearing his verses in the K.I.D cyphers and in all honesty, he wasn’t even on this list until I got into a conversation last night on Twitter because I had forgotten just how good he was. Although according to Billboard, Psy is apparently a rap artist, the truth is that D-Pryde looks set to be the first Asian Hip Hop artist to achieve mainstream success. Recently signing with BMG and acquiring an official VEVO account, he is probably the most likely to blow up first on this list but it is to what extent which places him no higher than 5. Due to his cross-over attraction, D-Pryde has a large fan base but those traditional Hip Hop heads will reject Prizzy due to his “PG” appearance whilst some pop fans still look down upon rappers. I have no doubt D-Pryde is an artist to watch and will become a mainstream figure within the next year, but the longevity of his success may be short-lived.
(Follow, Watch, Download)

4. Alyssa Marie
As a seventeen year old, wannabe Hip Hop head, I stumbled across the tantalisingly talented Alyssa Marie during a search for female emcees aside from Nicki Minaj and haven’t missed a video since. I first heard Alyssa in one of Lil Krazed’s K.I.D cyphers which did not feature the previously ranked D-Pryde but it was the remix of songs from Atmosphere and J.Cole which hooked me in. It wasn’t until her “Heartbeat” project however that I truly came to appreciate, and I admit a little fanboy came out of me when I heard Alyssa’s music. “Family” and “Close” are two of my favourite songs of all time. In all honesty, favouritism might be clouding my judgement and placing Alyssa in a rank higher than many others would agree with. With Azealia Banks, Iggy Azalea, Kreayshawn and Angel Haze all becoming popular, femcees are in high demand, and I believe that Alyssa is the best of them.
(Follow, Watch, Download)

3. Second Hand King
Despite releasing an awful mixtape by the name of “All My Fears”, Second Hand King is without doubt one of the most original, most talented artists without a record deal. A co-owner of www.rap-royalty.com, the rapper formerly known as J-Oh, is at times unreliable and the fact that I haven’t been able to hear a second mixtape from him, stopped him from taking the number one spot. Which he could probably take as he is neck in neck with both of the two who have bested him on this list. He has created some of my favourite songs such as “Inner Hero” and “Antonio” and if he drops a mixtape of songs similar to his last ten soundcloud then he could be my first 5/5. If you’re a fan of hybrid-genre artists then SHK is the artist you will love most on this list. Not only do I believe he is one to watch to make a career out of music, he could even be a legend. As long as he proves he can create mixtapes better than “All My Fears”.
(Follow, Listen, Download)

2. Loose Logic
Loose Logic is arguably the artist most typical of traditional Hip Hop and perhaps that is why he has worked with J-Rok and is working with Jadakiss on his upcoming second album. His “Loosid Dreams Vol. 2” mixtape blew me away. His mic presence is incredible. His topicals are notorious, winning a plethora of contests including “Beat Up The Beat” in which he wrote about the universe, perhaps his most spectacular was the description of tobacco plants transformation into cancer. If you haven’t heard of Loose Logic yet, then you’re certainly going to soon. The man has it all except a major record deal. I have a feeling he’ll overtake the number one position if the upcoming album release is half as good as the “Loosid Dreams Vol. 2” mixtape.
(Follow, Listen, Download)

1. Trev Rich
I’d assume a lot of you guessed that Trev Rich would be number one on this list, but that doesn’t take anything away from any of the others on this list. In fact, the top three artists all came close and have been moved around the last couple of days. Trev’s consistency, emotionally resonating lyricism and the fact he has a massive buzz around him allowed the Squizzy Gang member to take the top spot. I’m not sure if there are any Hip Hop acts as consistent as he is, and I have no doubt the upcoming “New Forever” album will be as good as “Heights” and “Heights 2”. There are no prominent Hip Hop artists from Colorado right now, but you can bank on it that Trev Rich will be one within the next year. Perhaps even days after the release of his debut album. Massive thank you to Joe Budden for co-signing Trev, without that “A Loose Quarter” mixtape feature, I would have never met my current favourite artist of all time.
(Follow, Listen, Download)

I will be releasing the artists one by one for the next 10 days.