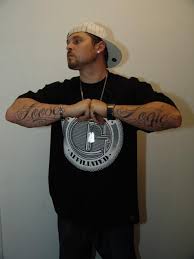 As a massive fan of the tremendously talented Loose Logic ever since I reviewed “Loosid Dreams Vol. 2: Awoken Orbits”, I feel a riveting rush of excitement every time I see the Orange County emcee release a new track. With an album on the way which features Hip Hop legend Jadakiss, and a plethora of awards including “Best Urban Artist” at the 2007 Orange County Music Awards, this is just a sample of how good Loose Logic can be. The song, “Last Chance” is not mixed and yet still better than the majority of tracks I have listened to from my Twitter timeline the past few days. Loose has informed me that although this track will not feature on the album, it will do so on the third instalment of the “Loosid Dreams” mixtape series.
Listen to “Last Chance”:
(Click Here)
———————————————————————————
In partnership with www.rap-royalty.com